"You are more than what you have become." from the Lion King

Perhaps, at some point in your life, you’ve expressed a desire for something more than what you already had, and were met with the harshly intoned question: 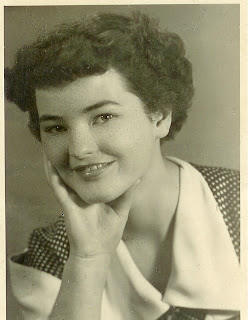 Our daughter is currently at the Ochsenzoll Hospital in Hamburg, My wife gave birth on a beautiful Sunday afternoon  September the 8th, 1963 ; and she was only  33 weeks old.


Just for sake of meeting history on Sptember 8 1565  The first Catholic settlement in America was founded by Spaniard Don Pedro Menendez de Aviles at St. Augustine, Florida and then several centuries later this little infant traveled to see Florida due to a project done by her parents at the TAMPA AIRPORT in Florida.

All our other five children (see Photo Image below: from left to right,Genoveva Johanna , Michael Bonaventure, Eleonora Maria, Albert Christoph ,father, Bernhard Valentin Martin, and mother: Maria-Louise , Christoph Adolph, )   were full term, so this is the first for us and it is very hard to go through. My wife was told twice that she was coming home, but something keeps happening where they end up keeping her to watch over the premature baby. Of course I don’t wont her to come home sick, my wife had been  really depressed and was just praying for everything to be okay.When she gave birth I was away on an excursion for my Art exhibition and I  was  unaware of her situation for I could not be reached. No e mail and no handy's at that time so all she could do was just to be patient and keep her prayers.The nurse Schwester Katherine Busse  had been very sweet and encouraging to my wife. And made sure that the contact between the mother and child bond was kept, so whenever the doctors allowed my wife would reach into the incubator pockets and caress the tiny infant whose skin was paper thin and she was no bigger than the palm of her hand.

" Eleonora will be there for you if you need to do anything that is difficult to handle and be sure you tell Christoph to carry things for you, I don't want anything to happen to you before I get back!" I said as I rushed out the door, as always in a hurry but never late.In the late afternoon I was on the Ferry boat crossing the 'Kieler Foerde 'North Baltic sea , where he was at that time taking a course in Pedagogic. He taking a nostalgic moment on deck reflecting on my early sea life I felt a jump in my heart. the joy did not come about due to my past memories of sailing but due to some future event that not known to me was about to begin. I looked into the distant horizon and all that I could see with my bear eyes is a soft grey cloud, yet it did not come from the sky it ascended into the sky from the see. My heart starting beating even faster and with delight I raised my hands into the air and exclaimed my "Hallelujah to the heavens as there on the crest of the sea I saw the old steamer "Alexandra"  emerge. DampferAlexandra@aol.com

Truly that is where I, Marie-Anna Alexandra the author of this book received my second name. And thanx to my father the taste for the sea and my first adventure into my physical appearance began.

Three months in the care of the hospital staff I was under the risk of blood transfusions and all kinds of infections pneumonia and even death. But somehow God was watching over me , and from later heard stories of my father who was not able to see me in the incubator  due to strict hospital rules at  that time, pledged with the father at the church of St Anne in Ochsenzoll. A grumpy but very pleasant parish priest, who  did not understand the urgency of my fathers pleadings, but  with a wink and a soft nudge on the shoulders of my father he assured him the little girl will do just fine.

The early years of my infancy were simple and needless to say probably difficult still yet I can not recall any unpleasantries. Our location started in Hill-brow,  in the center of Johannesburg right next to the Hill-brow radio tower. This time was spend in seeking a permanent job position, and my father took anything he could find to feed the family of six. Mother was innovative and always creative making do with what was in the house and she always had the most pleasant relationship with the local people of South-Africa. She was the only child in her family . So  in these formative years of an upcoming artistic family the family circle grew and began to  build around her like a proud mother in a village craal. http://encyclopedia2.thefreedictionary.com/Craal

Hill-brow was expanding quickly from the white middle class, with multistory apartments numerous restaurants, coffee shops hotels, bars and cinemas and shopping malls, by the 1960's it was the Bohemian area bigger than Hong-kong or New York at that time of residential occupants in a small area.

It was not before too long  that  my fathers determination and persistence acquired us to have a house in Auckland Park , Johannesburg. I was barely a year by then and my mother was expecting, little Albert, yet his dear soul rest in peace, was born a year too soon before the discovery of Dr. Barnard heart transplants. http://en.wikipedia.org/wiki/Christiaan_Barnard

My father received a permanent job position as Art teacher in the Deutsche Schule Johannes burg ( founded in 1890, the Deutsche Internationale Schule Johannesburg (DSJ) is one of the oldest schools in the city and one of the largest German schools on the African continent. At present approximately 1050 learners of 27 different nationalities are taught at the DSJ.)

From Hillbrow to Parktown: a new era for the German School

A wave of immigration after World War II also brought many Germans to South Africa. The fast-growing number of learners (1963: 540 learners) outgrew the facilities of the German School and created pedagogical and organisational difficulties. The inner-city traffic became unbearable. Twice a week sport lessons had to be taught in distant Mountain View on the Deutsche Turnverein's sport grounds. In 1969, under the principalship of Mr P. Adami, the first headmaster from the Federal Republic of Germany, the school's move from Edith Cavell Street in Hillbrow to Sans Souci Street in Parktown heralded a new era for the German School. Learner numbers grew from 902 in 1971 to 1257 in 1976 so that even the new school in Parktown soon reached full capacity and had to be extended. Through initiatives of the school's own, generous donations and regular collections a new storey could be built above the music room and library; extensions could be made for a workshop; the administrative wing could be enlarged; and more classrooms could be added. Construction on the DSJ site seemed to continue forever.
On the way towards becoming an integrated school: 1979 to 1990

I can’t argue that all opportunities are as readily available to all people.  Some folks start out with some definite advantages. But I’m convinced that the resources to live your best life possible are inside you – no matter where you came from.

“Who on earth d'you think you are?A superstar? Well right you are!” John Lennon 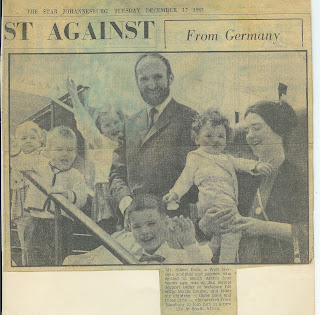